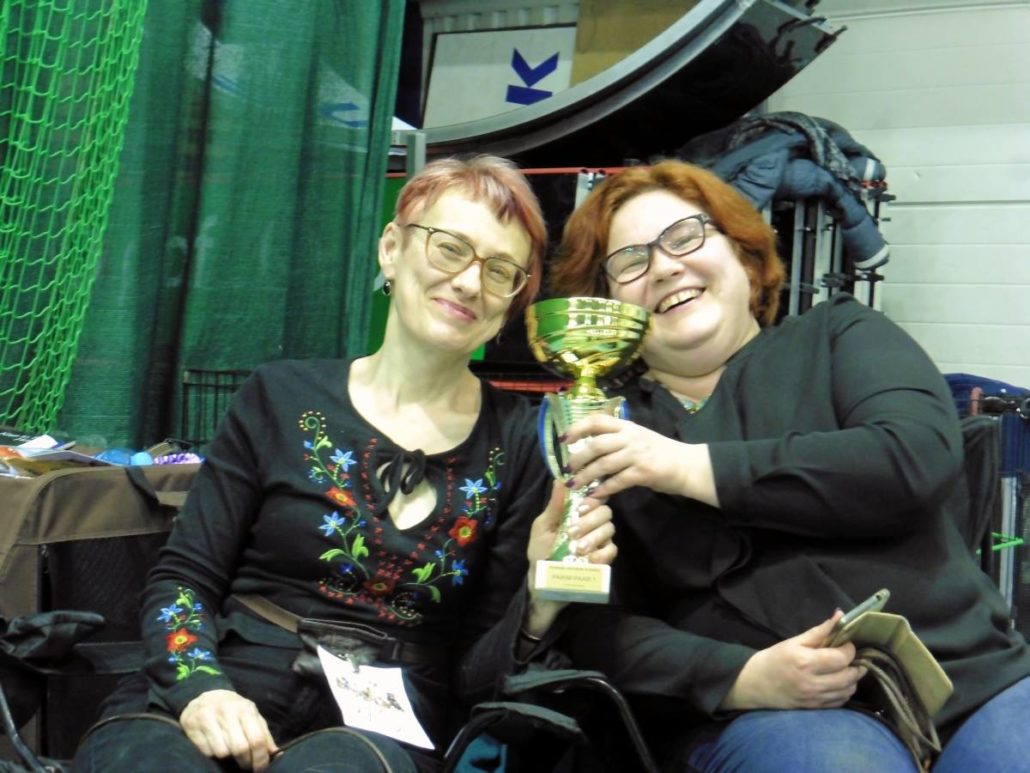 The best team ever. Confirmed by the cup

19.11 – Today is our kennel’s birthday. 25 years since we registered our affix Ringokris (it was in 1993) – Ringo in the memory of my very first dog Ringo (half a Great Dane, half some terrier), and Kris for my then kennel partner Kristiina Aasa who is now also on the other side with many of our dogs. But I am blessed with a new, active and dynamic partner Inga Sild with whom we have collaborated now officially for 6 years.

In one picture Inga is running with our foundation Golden bitch Tramin Rianna (front) and her grandson Ringokris Melian Olimar, on the other I am with Tenfield Tori (left) and his daughter Ringokris Melian Orellana, both O-s are out of Ringokris Kernow Tindomerel and represent our future. 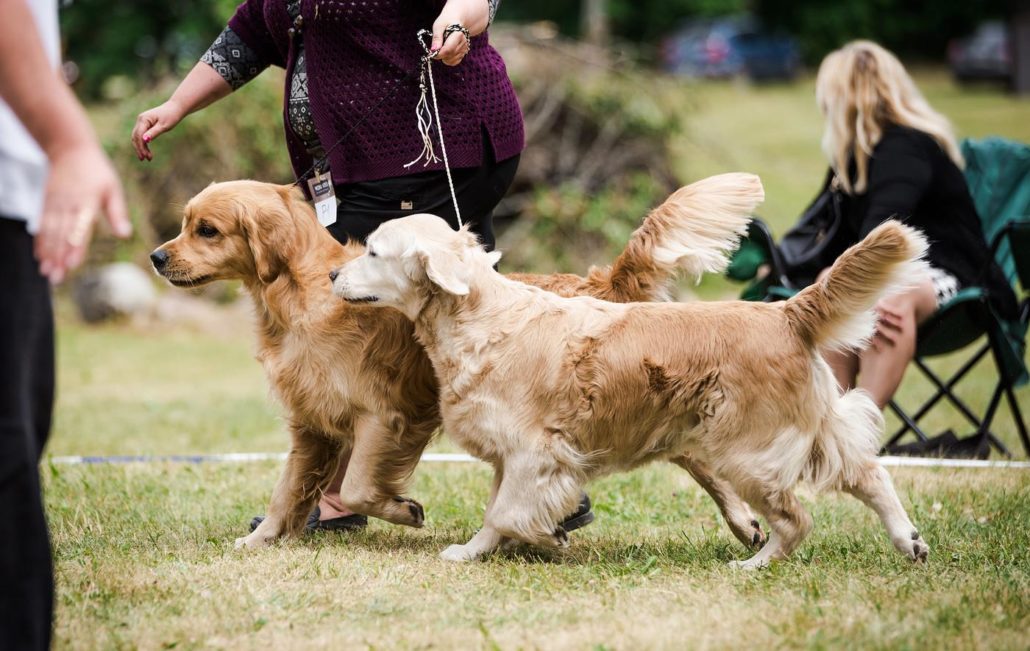 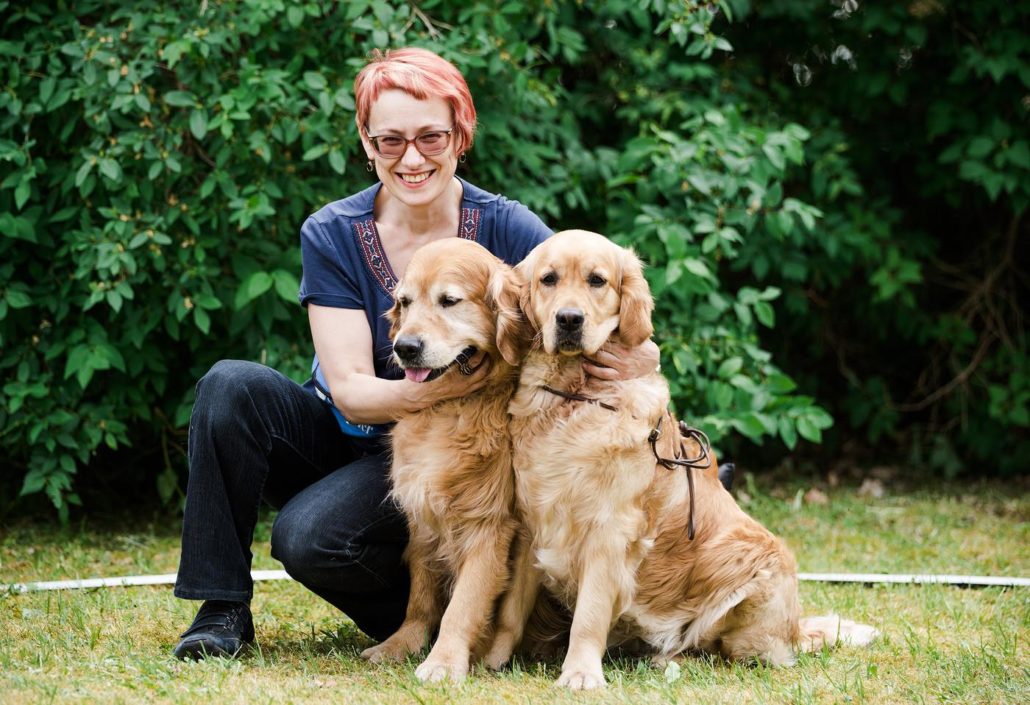 Thank you all my friends who have supported us over the many years, and those whose breeding has helped us to build our own small world: Livia Roomets, Tonny Hoevers, Elaine Bond, Kim Ellis, Lena Ushan, Chusa Cortés Pérez, Fidel Ibanes… all our progeny owners, co-owners, friends! Thank you! 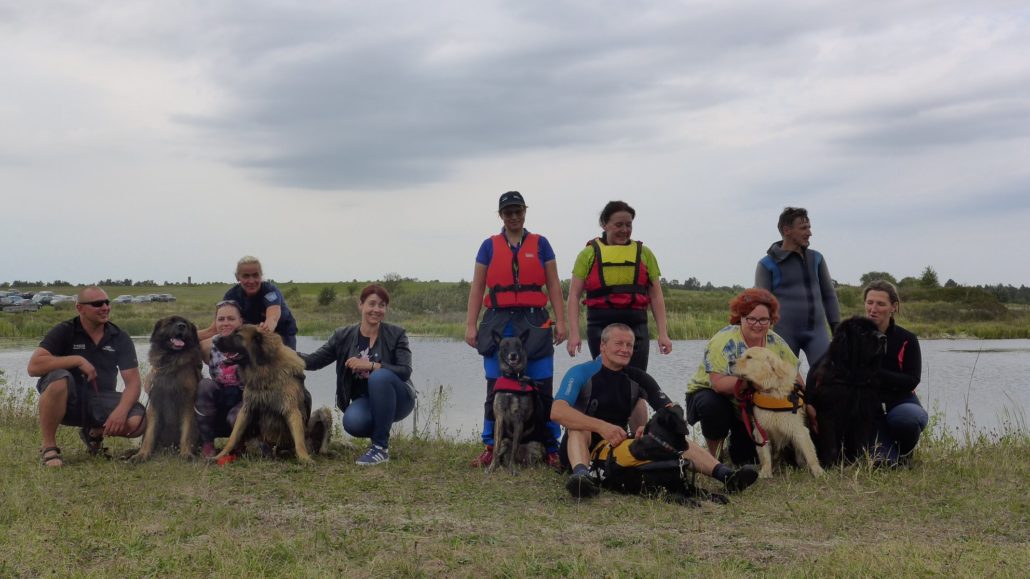 Aug. 24 – Inga and Priidik participate in the family day of the Ministry of Internal Affairs by demonstrating water rescue. 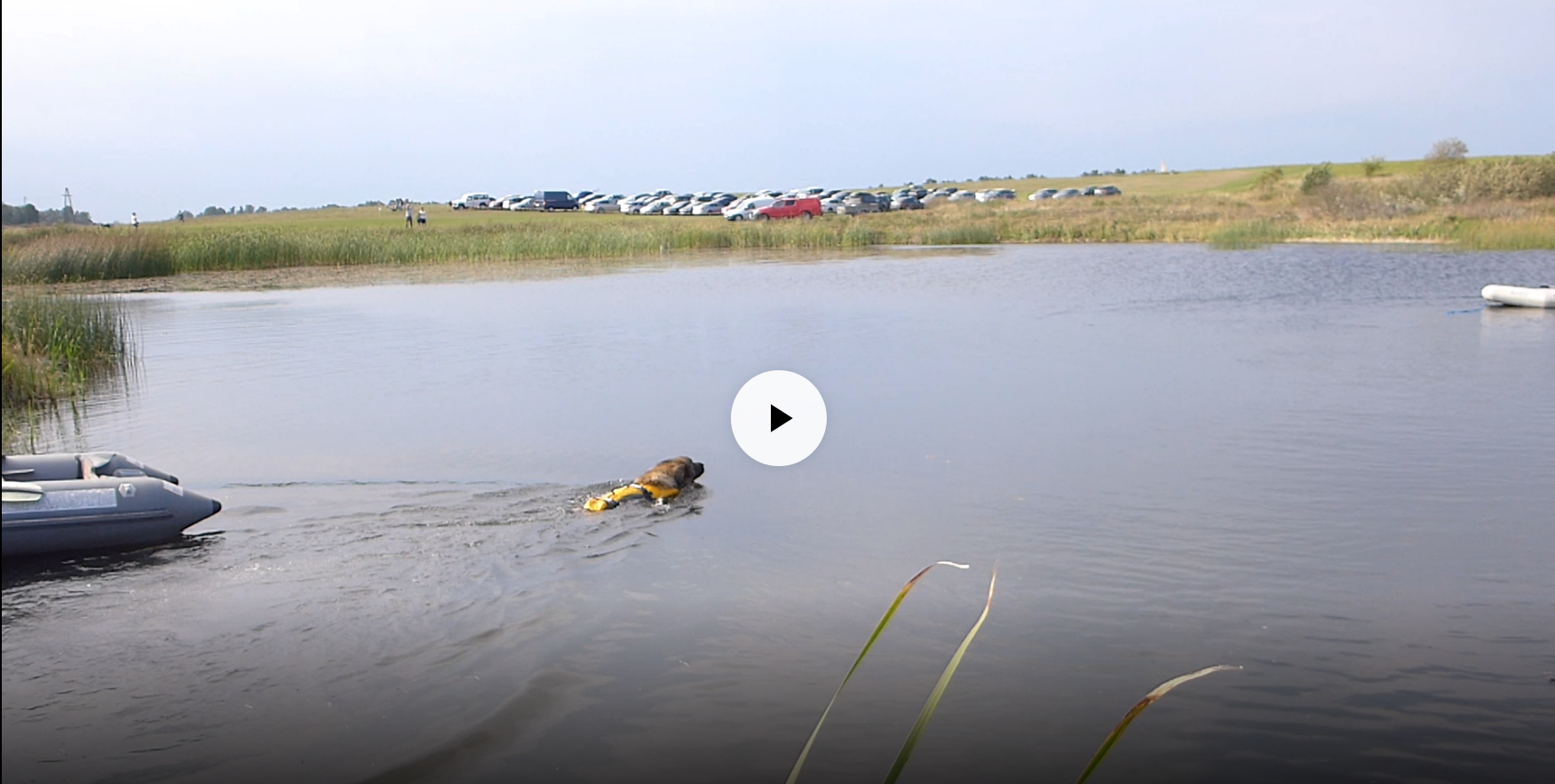 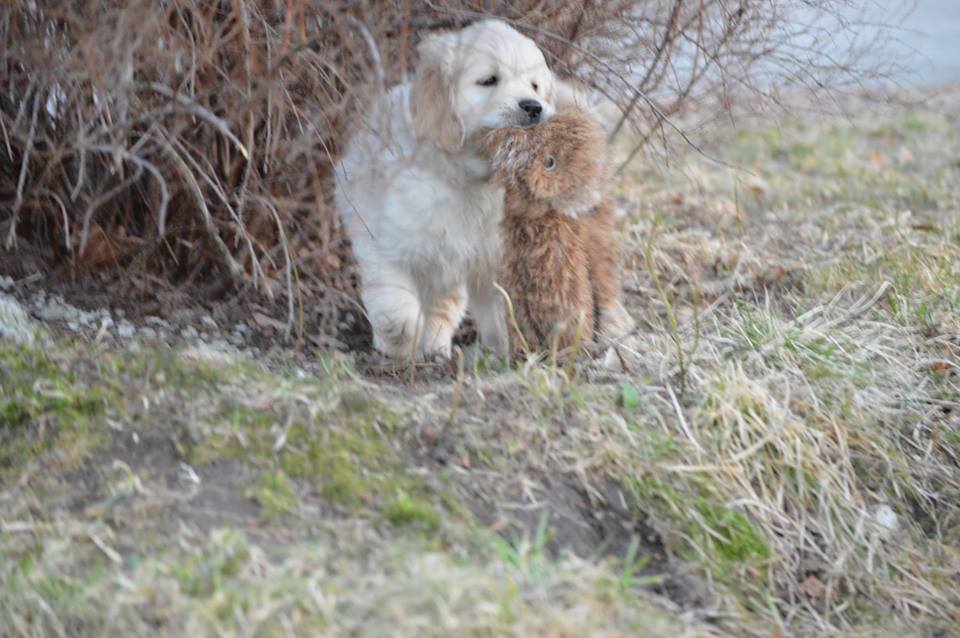 April 14the and 15th – Ringokris kennel is visited by Kerstin and Rainer Graf, the owners of our Raymur-litter’s sire Enthusiastic Swimmers Ray of Light. Of course they wanted to see the puppies, but they also tested theit personalities and working abilities. They were very satisfied with the puppies in general, and would have taken one home, but all our puppies are spoken for! Rainer gave many good tipes about training, and promised to support us with good advice and teach skills whenever possible. 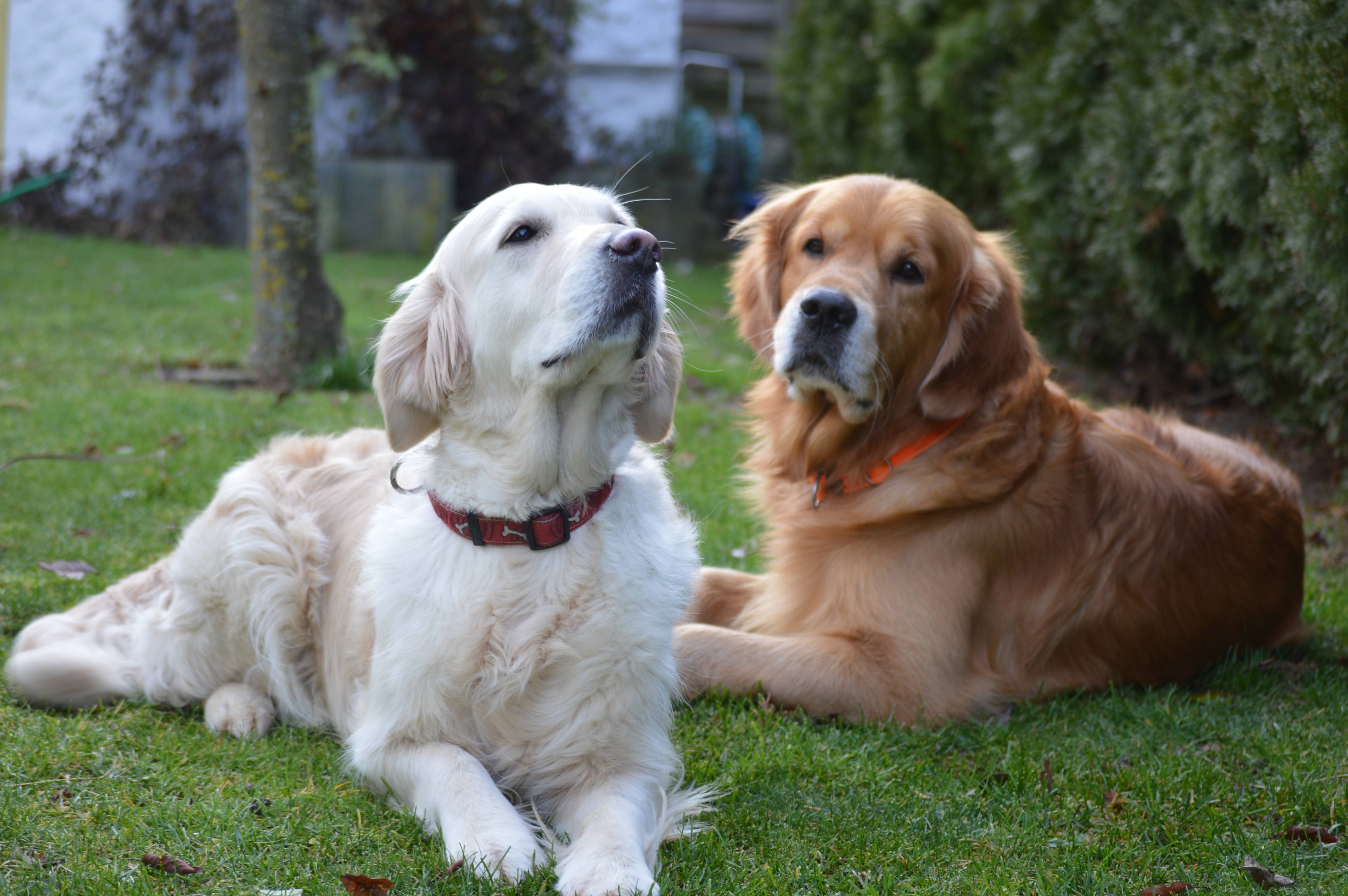 The pedigree of the litter is here http://www.k9data.com/pedigree.asp?ID=878021

We are waiting for puppies in 2018. february combined
Enthusiastic Swimmers Ray of Light & Ringokris Kernow Tinuviel

Today at the FCI 8th and 9th Group and Golden Retriever Speciality show we had an excellent day!
Our progeny Ringokris Melian Odetta, sweet Zlata, was very brave at her second show, being graded as “very good” – thank you, Susanna and Julia that you brought Zlata out and allowed Heili to handle her – each time Zlata does better than before! 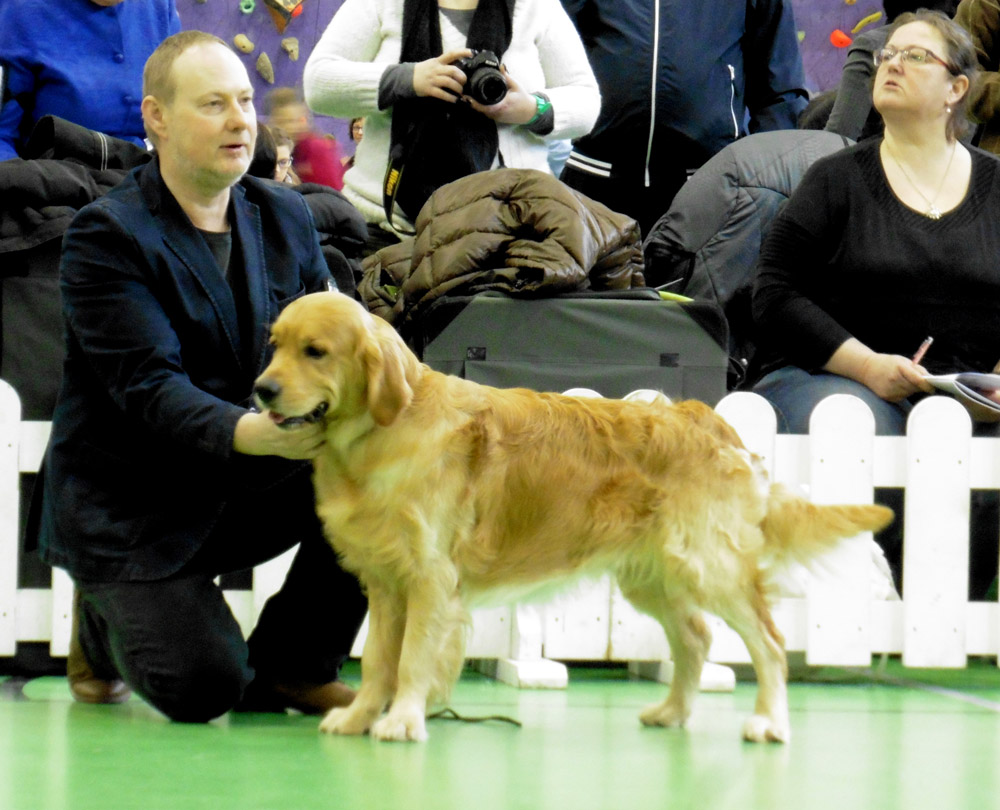 Ringokris Melian Olimar- in a strong male junior class (11 dogs) was “excellent” and had a lovely critique from judge Anne Falconer.
Alvin, Ch Tenfield Tori won the male veterans, was BOS veteran, being beaten by our former team member Katu (Tramin Gathella For Ringokris) – congratulations, Tatjana, it was a well deserved win!

We had great results also from the bitches, judged by Jean Griggs.
In strong female junior class (11 competitors) our Ringokris Melian Orellana was “excellent”, and icing on the cake – our friend Sylinedog Just Natalie with her owner Pille were third in the class.! 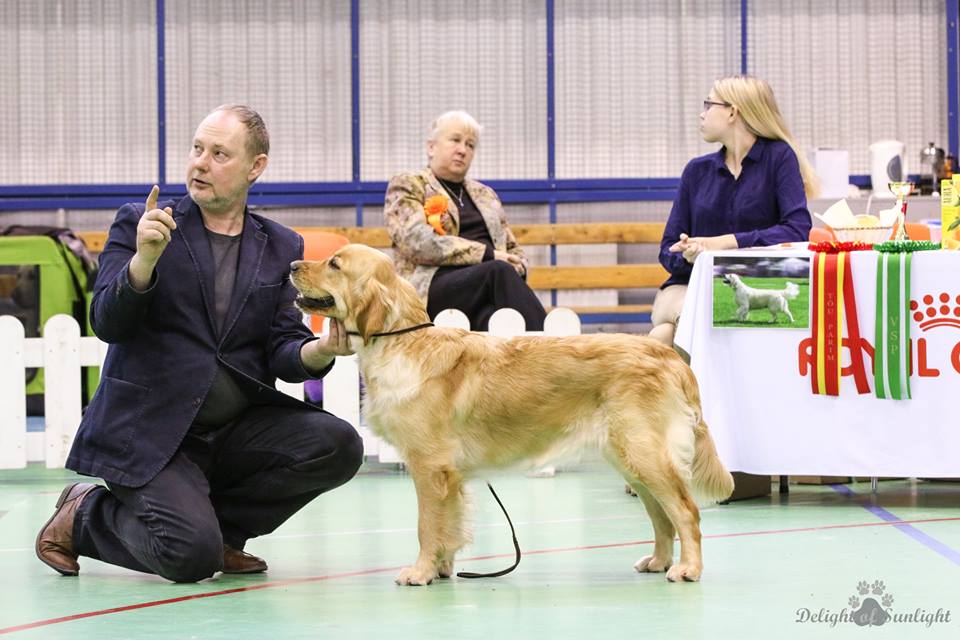 Tramin Waiting For The Sun, our new bitch, made her Estonian debut, and was second in Champion class. Thank you, Lena ushan, for this lovely fairy.

In the breeder’s class we were third.

We presented two pairs in the brace competition: Olimar & Mirell (son & mother) and Alvin & Lana (father-daughter). The latter gave a real show: the daughter could twist her father around her toe, “showing a real Golden temperament”, as the judge said, but mother-son team not only won the Golden brace, but were also BIS-3 brace! Thanks, judge Rafal First! 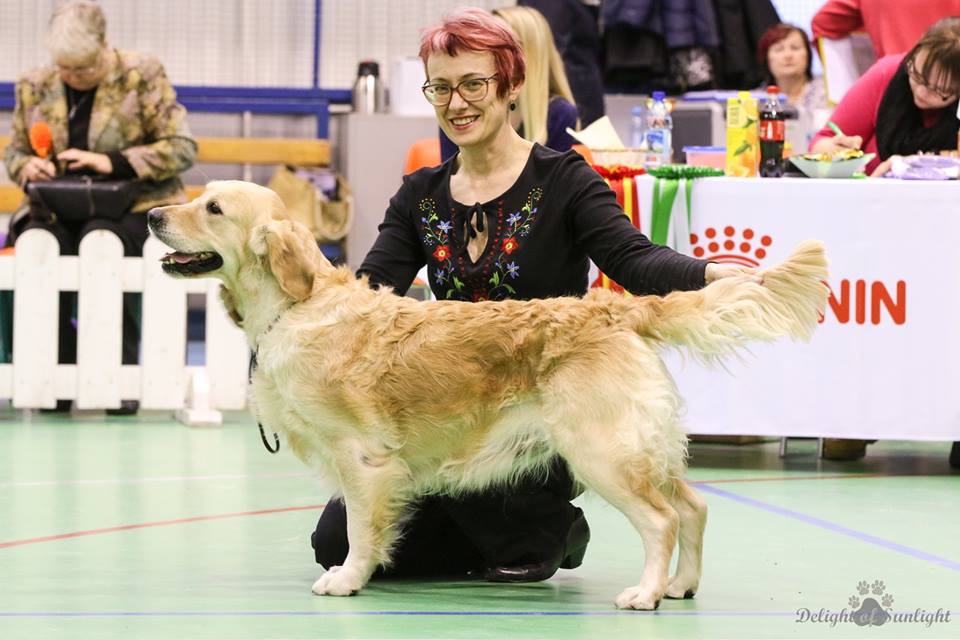 Tramin Waiting For The Sun

We presented two pairs in the brace competition: Olimar & Mirell (son & mother) and Alvin & Lana (father-daughter). The latter gave a real show: the daughter could twist her father around her toe, “showing a real Golden temperament”, as the judge said, but mother-son team not only won the Golden brace, but were also BIS-3 brace! Thanks, judge Rafal First! 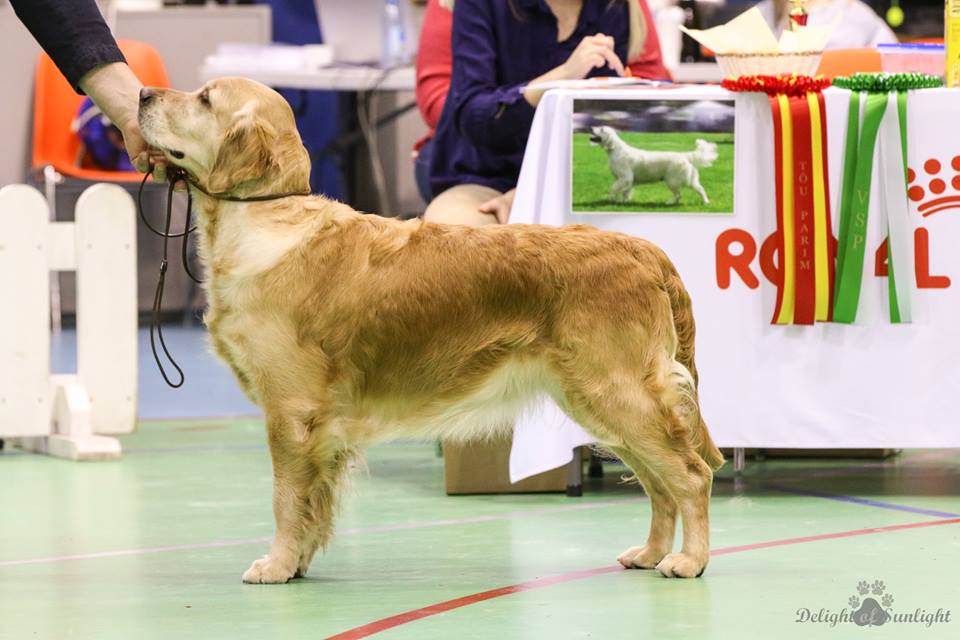 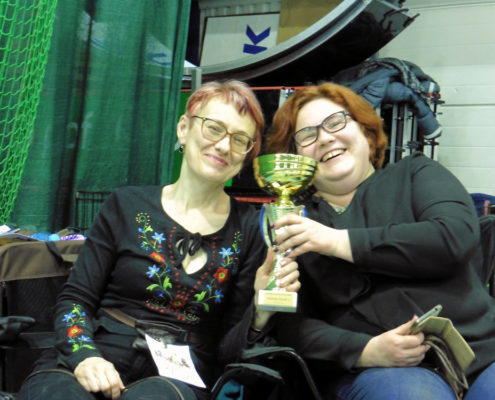 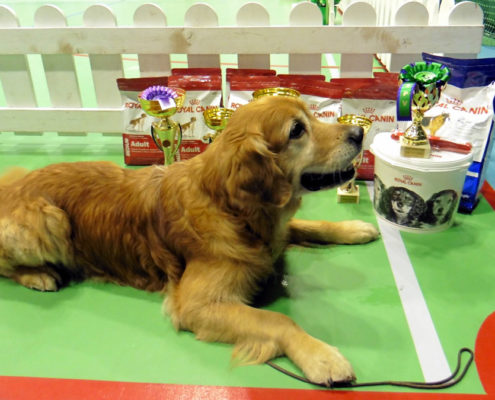 February 4th – doggie and human relatives visiting Murmel and her guardian Terje. Everybody had advice for the furtire mum (Murmel): mother Rianna and siter Mirell with Inga and Heili, and brother Ruudi with his owners Ülle and Andres. Ülle made excellent pike cutlets, salad was made by Terje, and wonderful tarts by Inga and Terje. 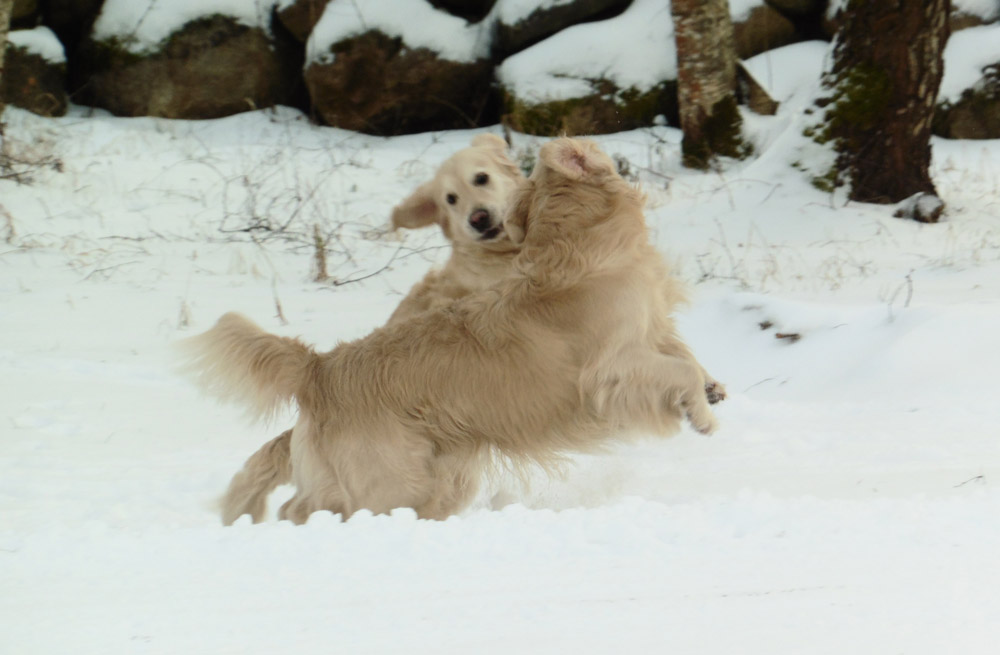 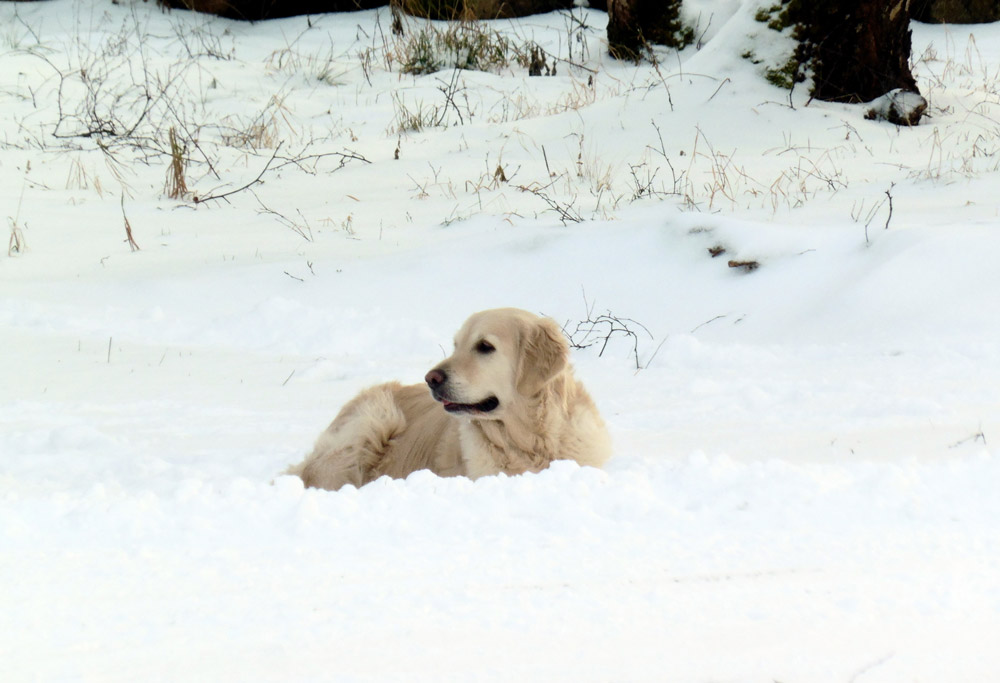 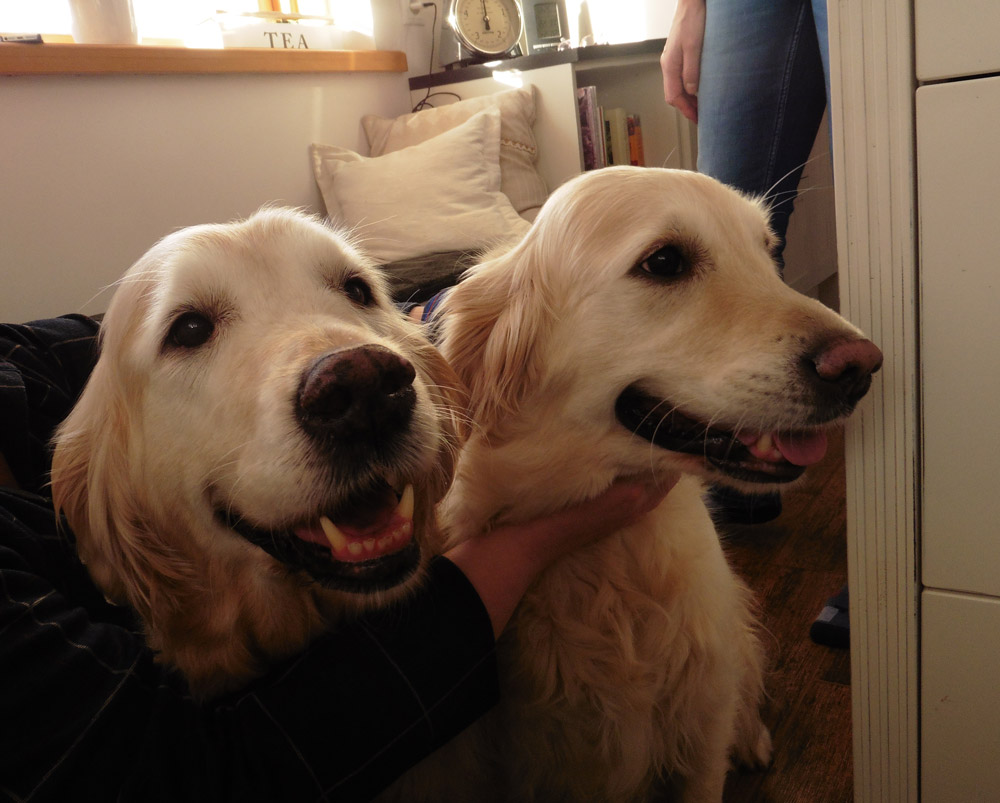